Cilantro’s delicious Mexican cuisine and excellent location were a great compliment to a gorgeous Saturday afternoon.

There are various options for cuisine in the area, but I decided to patronize Cilantro as I was in the mood for Mexican food.

The area where the restaurant is situated has a plethora of fairly classy establishments surrounding it like Osteria Cotta and Prohibition, but Cilantro is no slouch. I dined al fresco, however I could tell that this was a very relaxed environment on a typical day, but I happened to be there during a soccer match, which made things very lively. As it is in my neighborhood, it could potentially serve as a regular haunt.

The food was absolutely delicious; probably some of the most flavorful food I’ve had in some time. I opted for the crab cakes with dill sauce as an appetizer and the sauteed garlic chipotle shrimp for my main course. The crab cakes were tasty and not too greasy as they often can be, and the dill sauce complimented the dish well. The shrimp in the latter portion of the meal were cooked to perfection and well-seasoned.

The bar was a bit sparse from what I could tell, but I opted for a few glasses Brancott Estate Sauvignon Blanc (vin. 2015). I was not expecting much, but I was pleasantly surprised by how well it complimented the food and the late afternoon setting with its summery notes of pineapple and grapefruit. I often bypass Brancott in wine stores for my usual Cupcake, but I will likely pick up a bottle or two to further bolster my summer wine collection.

WHAT YOU NEED TO EAT WHEN VISITING HAVEN RIVIERA RESORT 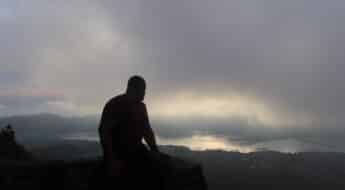 BALI: FINDING YOUR ZEN IN A WORLD OF INSTAGRAM